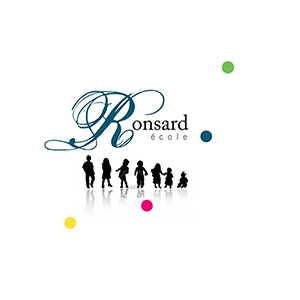 Does Wearing School Uniforms Make A Difference?
Posted by Ronsard Communication on 16 November 2022 in Ronsard Social

Uniforms are commonly used as a form of student identification in most schools. Unless otherwise specified, students are expected to wear these uniforms throughout their time at school.

Although wearing a uniform is considered necessary, it is still a contentious issue that some people prefer free clothing to strict dress.

That said, it is not shocking that, in this day and age, some schools are hell-bent on eliminating the entire concept of school uniforms for one reason or another.

While some argue that school uniforms instil a sense of pride and unity in all students, others believe that uniforms have become a barrier between a child’s individuality and expression.

It is safe to assume that our childhood school days were the best and most important times of our lives. This is because they will always be associated with the school uniforms we wore while attending our respective schools. In a way, the uniformity engulfed us with a feeling of belongingness, whether we knew it or not.

Despite these, the debate over whether uniforms should be made mandatory or not has never reached its conclusion. So, while these issues are still being debated, let’s look at some benefits of school uniforms.

One argument in support of school uniforms is that when children wear uniforms, visible class markers between rich and poor children are reduced or eliminated. This is because uniforms have the potential to break down class barriers between students. The moment a child enters a school in uniform, he or she becomes the same as everyone else.

Again, with uniforms, students do not need to waste time deciding what to wear each day of the school week as they are limited to a single option. There is neither peer pressure to wear expensive clothes, nor is anyone bullied because they cannot afford designer labels. This means that children have one less distraction and will help them pin their concentration on their studies.

Additionally, uniforms provide a safety net for students in and outside the school. With the uniformity that they bring, it is easier for teachers, administration and even the student body to make out someone who is not part of the school. During field trips, children wearing uniforms are easier to spot and keep track of in large crowds, making the possibility of a child wandering off without being noticed by a teacher far less likely.

When children see their peers wearing the same uniform as them, it fosters a sense of community while also developing a stronger concept of group identity. These uniforms give students a sense of belonging to something larger than themselves.

Although uniforms may help to alleviate the issues of inappropriate student attire and lower school crime, experts have noted some downsides to such a measure.

While purchasing a uniform rather than expensive branded clothing may appear to be a cost-effective option for parents, it can sometimes be even more costly. Students who attend schools where uniforms are not required can wear their casual attire throughout the day, but this is not the case for students who attend schools where wearing a uniform is required. This means that parents will have to make provisions for these uniforms and other casual dresses.

If the family cannot afford multiple sets of uniforms, the uniforms may have to be washed when the children return home. This can be exhausting and takes time away from schoolwork or rest.

Secondly, school uniforms have been said to be rigid because everyone seems to look the same regardless of their ethnicity or socio-economic background. This can make it difficult for students to express their individuality and personalities by way of their fashion sense.

Thirdly, we can all agree that every child is different especially when it comes down to their physical appearance. When parents or guardians purchase clothes for their children, they make sure they buy clothes that will flatter the child’s features, something that school uniforms are unlikely to pay attention to. Uniforms require all children, regardless of body type, to wear the same clothes for the majority of the week. Experts think that this may cause your child discomfort.

Lastly, some have argued that deciding for your child on what to wear to school as in a compulsory uniform inadvertently takes away that child’s right to decide for himself or herself. According to experts, this may limit his or her ability to form an opinion when they become an adult.

In conclusion, although there are opposing sides to uniforms, wearing school uniforms is a better choice for students as they represent the identification of the student, the respect of the school and the pride that comes with being a student.

A school is a place to learn and students should do exactly that. Moreover, in complete darkness, we are all the same— it is only our knowledge and wisdom that separates us.